If you watched the 2018 BBC documentary Escape from Dubai: The Mystery of the Missing Princess, you'll know the shocking story of Princess Latifa, the daughter of one of the world's richest men, Sheikh Mohammed bin Rashid Al Maktoum, the prime minister of the UAE.

In February 2018, Latifa tried to escape Dubai but was intercepted, and for three years, the world knew nothing of her whereabouts.

But the 35-year-old woman's name has been making headlines again recently, after a phone was smuggled to her in captivity and secret footage was released to Sky News.

Here's everything you need to know about Princess Latifa, her attempted escape and subsequent capture…

Who is Princess Latifa of Dubai?

Sheikha Latifa bint Mohammed bin Rashid Al Maktoum is the 35-year-old daughter of Dubai’s billionaire ruler, Sheikh Mohammed bin Rashid al-Maktoum, 71. He is the Vice President and Prime Minister of the United Arab Emirates. He has six wives and 30 children.

Why did she try and run away, and how?

Latifa said she wanted to escape Dubai to flee the clutches of her father. She has accused him of mistreating her and her older sister, Shamsa, exerting severe control over their lives, and a series of allegations including murder.

Shamsa tried to escape in July 2000 while on holiday at their family estate in Surrey. The sheikh launched a search for her without informing the police. Shamsa was tracked down in Cambridge over a month later. She has not been seen in public since.

In June 2002, aged 16, Latifa made her first escape attempt by trying to cross the border from UAE to Oman, but was captured and jailed in Dubai for three years and four months, where she says she was kept in solitary confinement and tortured. 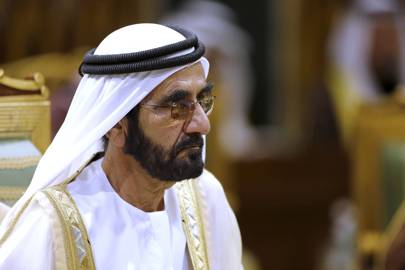 In 2011, Latifa – who was not allowed to have her passport, drive or leave Dubai – contacted former French intelligence officer Hervé Jaubert, who had previously escaped Dubai after being convicted of embezzlement. Over the next few years, with the help of Latifa's friend Tiina Jauhiainen, they planned her escape.

On 24th February 2018, Latifa and Tiina travelled 26 miles from UAE to Oman, then left Oman by inflatable boat and jet skis to meet Hervé, who was waiting in a US flagged yacht. They planned to sail to Goa, India, where Latifa could fly to the US and claim political asylum.

What about the capture?

Eight days later, the boat was intercepted by Indian special forces while approaching Goa. Smoke grenades were reportedly used and Latifa and Tiina were held at gunpoint.

Tiina, Hervé and three crew members were detained in UAE before being released two weeks later. Latifa's whereabouts is unknown.

Just before her escape attempt, Latifa recorded a 'just in case' video message at Tiina's apartment, documenting her plan and reasons for escape, sent it to a group of trusted people and asked them to publish it if her plan failed. The video was released in March 2018 and the world started asking: 'Where is Princess Latifa?'

Just days before the BBC documentary Escape from Dubai: The Mystery of the Missing Princess was released, the Dubai government released a statement declaring that Latifa and Shamsa are 'adored and cherished' and that Latifa is 'safe in Dubai' celebrating her birthday in 'privacy and peace'.

Where is Princess Latifa now?

In February 2021, it was revealed that Latifa's friends had managed to smuggle a phone to her, where she said she was being kept in a 'villa jail'.

Sky News managed to get some questions to Latifa, and in secret videos released to the organisation, claims she is being held hostage, after being sedated by soldiers on the boat and forcibly returned to Dubai.

She says: "This guy came with a small pouch, like a camouflage pouch, and he took out a needle and he injected me in my arm."

A video taken by Latifa was also released to BBC Panorama.

In it, she says: "I'm doing this video from a bathroom because this is the only room with a door I can lock…

"I'm a hostage and this villa has been converted into a jail. All the windows are barred shut, I can't open any windows. There's five policemen outside and two policewomen inside the house. I can't even go outside to get any fresh air."

On 19th February, the Dubai royal family issued a statement via the UAE embassy in London claiming the princess is 'being cared for at home'. 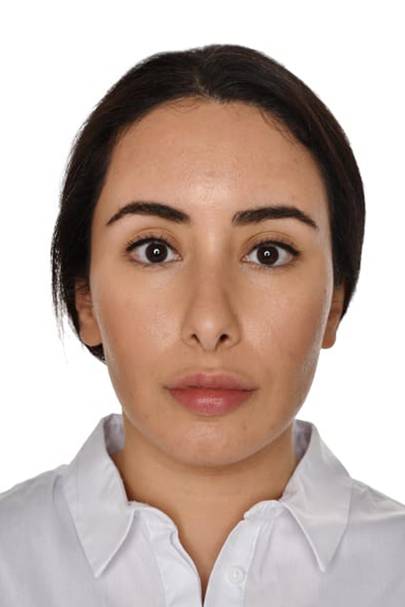 "In response to media reports regarding Sheikha Latifa, we want to thank those who have expressed concern for her wellbeing, despite the coverage which certainly is not reflective of the actual position.

"Her family has confirmed that Her Highness is being cared for at home, supported by her family and medical professionals.

"She continues to improve and we are hopeful she will return to public life at the appropriate time."

How do we know she's still alive?

No evidence was released with the statement to prove that Latifa is still alive.

World leaders, including Boris Johnson, have called for information about her wellbeing, and now the UN Commission on Human Rights has demanded proof that the princess is alive.

[Verse] Oh yeah I told you I was trouble when we first met But I, guess you never got the message, huh I hate to be so goddamn depressive But my broken heart turned me to a savage, ooh [Pre-Chorus] Cause I only want you, when I’m lonely On a late night, on a Friday, […]

[Intro] Shit, I used to be in love and now that’s finished And it’s usually a dub, tonight I will All that dancin’ in the club, girl, you bartendin’ [Verse 1] She been workin’ at Starlies Said she don’t dance, she just bartend Shawty got the whole fuckin’ bar lit Bring the bottles to the […]