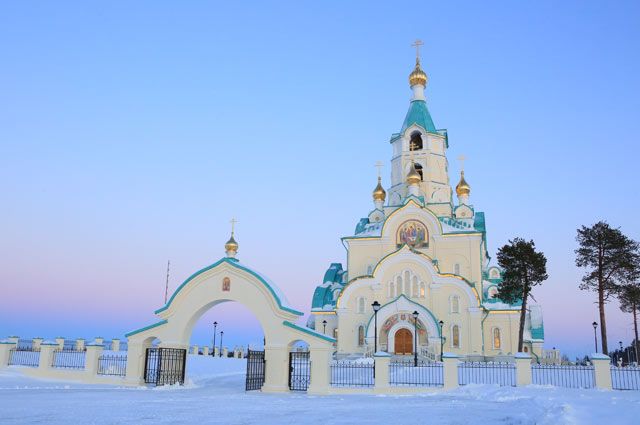 On January 25, in the church of St. Tatiana of Rome in Kogalym (KhMAO-Yugra), a divine liturgy was held in honor of the patronal feast. In recent years, the temple in the small northern oil town has become a center of attraction for believers from all over Russia, especially students. Many of the students, unable to personally attend the service due to the pandemic, sent dozens of letters to the patron saint of students.

Built in Kogalym with the support of LUKOIL in 2018 the temple of St. Tatiana — one of the most important cultural sights not only in Khanty-Mansi Autonomous Okrug-Yugra, but also in Western Siberia. Monumental and decorative mural painting was done by Tomsk icon painters in the Serbian-Byzantine style. The work was carried out in the technique of silicate painting, special mineral paints were used that retain the ability of the plaster layer to “breathe”. The two-level belfry has 11 bells, the weight of the largest — over four tons. But the main relic of the temple — an ark with a particle of the relics of the saint, donated by His Holiness Patriarch Kirill, received, in turn, from the Roman Catholic Church as a sign of respect for the Russian Orthodox Church.

After learning about this relic, dozens of students in January 2019 united on social networks for a visit to Kogalym. A year later, not only Russian, but also foreign students from Slovakia, Kazakhstan, India and Nigeria took part in the action.

Last year on Tatyana's Day, due to the pandemic, the temple could not accommodate everyone, the service was broadcast. It was watched by tens of thousands of viewers, which can be considered a record even for churches in a large city. 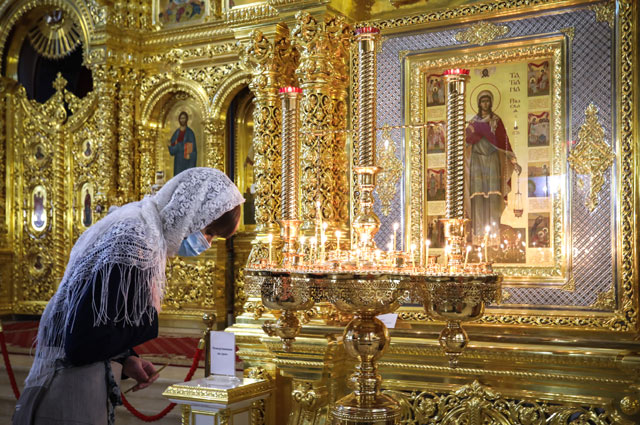 This year the pilgrimage has reached a new level: letters of petition are sent to the saint. For example, students of the Mining and Oil Faculty of the Perm National Research Polytechnic University would like to “find their own way in life, self-development and creation.”

Yuliya Shirmanova, a 2nd year student of PNRPU, said: “On the eve of St. Tatiana’s Day, we took exams, so we decided to write a letter of appeal to the patroness. They asked to guide us along the path of virtue, to help us find our own path, a goal in life, self-development and creation; give us patience, joy, peace of mind and health. And, of course, the most important thing for a student — success in your studies and excellent passing of exams.

In the meantime, Kogalym students came to the church on St. Tatiana's Day to participate in the divine service. They also left prayer notes in which they ask for the intercession of the patroness.

[Intro: Gucci Mane] (Ricky Racks) It’s the return,East Atlanta, Santa! [Verse 1: Gucci Mane] Off the wall, Off the chain Off the top, I’m off the leash So many freaks coming by the spot Had to move, I broke the lease I’m a dog, street gorilla Going ape shit, I’m a beast You feeling froggish, […]